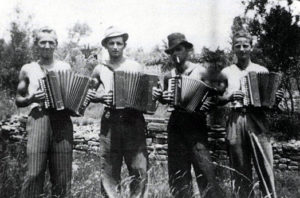 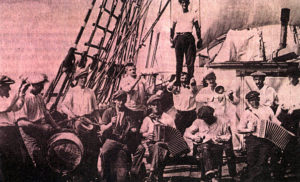 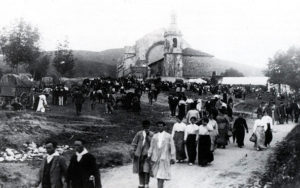 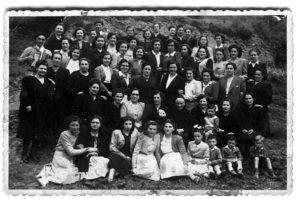 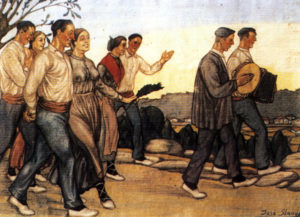 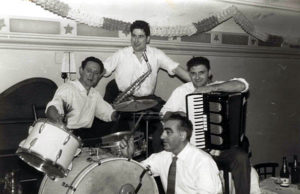 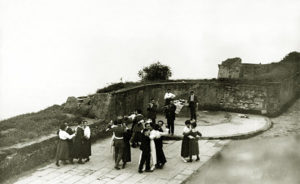 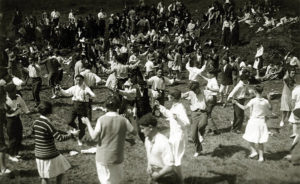 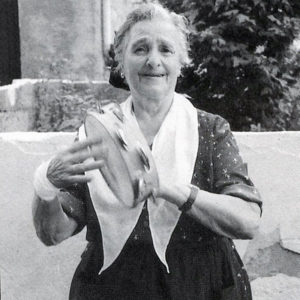 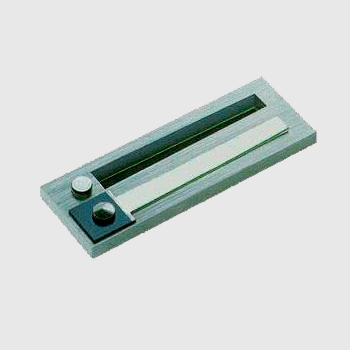 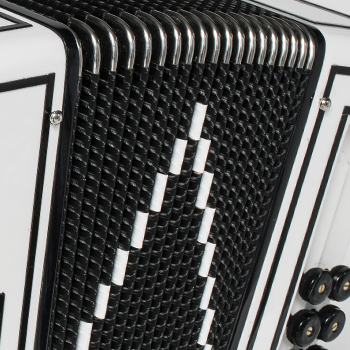 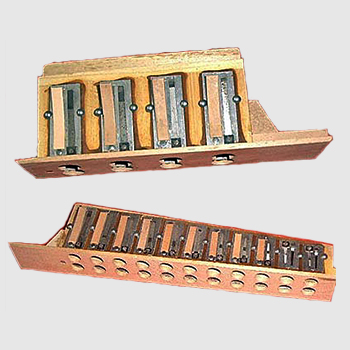 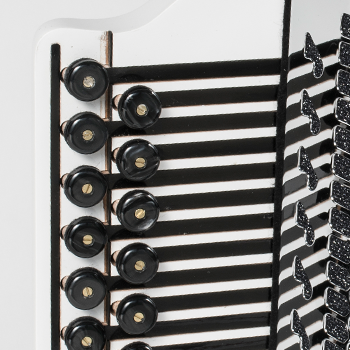 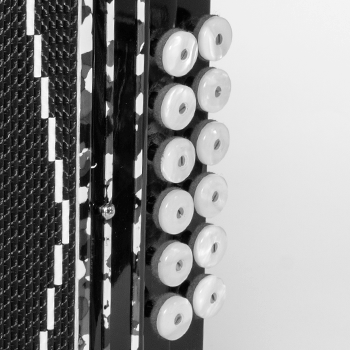 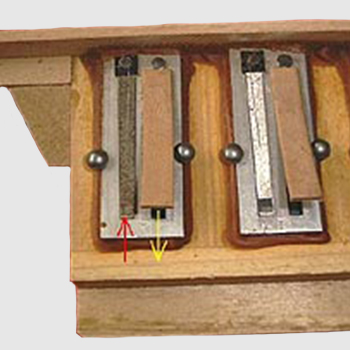 The word trikitixa can be a generic term, applied to a kind of dance, a style of music or the instrument. But, nowadays, the term is almost always used to refer to this last meaning: the Basque diatonic accordion. In Bizkaia this meaning of the term started to be used only 20 years ago, whereas before the instrument was referred to as the filarmonikea, from the Italian fisarmonoche.

In the opinion of Perez de Urraza, trikitixa is an instrumental duo made up of the diatonic accordion and the tambourine. On the contrary, musicologist Juan Mari Beltran stresses the etymology of the term: Trikitixa is an onomatopoeic term, and the onomatopoeia does not refer to the trikitia, the instrument, but to the sound of the tambourine, trikiti-trikiti-trikiti…

We have always associated the trikitixa with dance, both in “baile a lo agarrado” (embracing in order to dance) and in “baile suelto” (dancing without embracing another). Regarding “baile suelto”, this is what another folk musicologist, Juan Antonio Urbeltz says: The “baile suelto” is a part of the finale of a “baile de la cuerda” dance – after a number of well-ordered set dances, there was a free-for-all dance session.

In the last few years we have known many trikitixa dancing couples, the trikitixa being closely linked to the tambourine. It used to be the women who played the percussion instrument and, amongst some of them, there was a curious custom of drawing the face of their boy friend on it.

When and how did the trikitixa come to the Basque Country?

The first written mention of this is in 1889 when Juan Carlos Guerra wrote of a new diatonic accordion in the Urkiola pilgrimage feast. But, although, it is not at all clear where it came from, there are two theories: the more generally accepted one is that the instrument arrived with workers from the French and Italian Alps who came to build the railways.

But Kepa Perez de Urraza provides us with quite a different theory: In order that the instrument could flourish, there had to be a public, good performers and places where it was sold. The Zengoitia shop in Bilbo sold the instrument, Honner probably being the first proprietary make of accordion. Aingeru Berguizes says that Bilbao was the centre for the instrument and that, if we take the ages of the oldest accordionists, we have to go east from the city to find younger players, the more towards the east of the Basque Country that we go, the younger the accordionists. This means that the instrument was passed on from Bilbao to Gipuzkoa. From Bilbao to Arratia, to Amorebieta, to Gernika, to Lea Artibai and, subsequently, to Elgoibar (in Gipuzkoa), to the outskirts of Gelatxo and to Eibar, and from here to Elgeta. In any case, Urraza does not discard the railway theory: The trikitixa appeared in a photograph taken in Altsasu (Navarre) in 1890, suggesting a railway route connection.

There is little doubt, in any case, that the instrument became widespread throughout the whole of Europe at the end of the XIX century, by ship, by train and via all types of transport.

The trikitixa soon gained an important place amongst those instruments which were played at a folk and popular level. In the opinion of Urraza, this is a small, light instrument, easy to take into any small church. The low notes enable a rhythm to be followed. Its roots were put down in rural areas given that, in the cities, it had many competitors, such as bands, brass and so on. A local council would pay the txistularis and the atabalaris and the trikitixa became an essential part of the romerías (outdoor pilgrimage fiestas).

The trikitixa repertory is intricately tied up with dance numbers. Both in “baile a lo agarrado” and with “baile suelto” the trikitixa has been the cornerstone of these outdoor feast days celebrations. Urraza again: The word “fandango” has been known in the Basque Country since the XVIII century. If the trikitixa has had success, it was not due to those who copied pieces performed up to then with traditional musical instruments, but thanks to the repertory intricately linked to el baile agarrado, the waltz and other dance tunes. Baile suelto enjoyed success as did el baile agarrado. He quotes three sources of trikitixa repertory: the music of the Carlists, music bands and the repertory of the commonly-played instruments.

In Beltran’s opinion, the trikitixa repertory incorporated into its own the repertory of the “tamborileros” (drummers), “albokaris” (players of a small Basque horn) and especially dulzaineros (players of the Basque nine-hole, end-blown flute with a bell bottom), and adapted it, given that the trikitixa provides many more options than any one of these instruments. The dulzainero needs a drum but the accordion offers the option of allowing the left hand free to fulfil the role of the drum. Moreover, in stark economic terms, one person does the work of two.

Urbeltz, on the other hand, underlines the importance of dance in the relationships between the sexes. With dancing there existed a coded language enabling relationships to take place. From this we have the custom of accompanying girls to dance sessions and other things. This is why it was frowned upon.

What is Basque music? What is traditional music? These are complex questions, but nobody denies that the trikitixa, with less than a century of history in the Basque Country, is a popular and traditional instrument.

Beltran has no doubt in this regard: There exist new roots. Roots do not have to be and ancient or an old story, but rather it has to be something that has rooted itself in popular culture. The trikitixa has not been in any way an academic instrument, it has been a folk, a people’s instrument. The heritage reaped has been a popular one, of the people, the repertory pieces were composed based upon folk traditions (the alboka, the txistu (Basque whistle or flute), the dulzaina…), and the trikitixa has made these musical traditions its own. Traditional is what is carried on by tradition, what is repeated. When the people pass on their own idiosyncrasies to something, it becomes popular or folk music; in this case, Basque folk music. When we incorporate, in our own manner, outside influences, they become of the people or folk, and they are repeated again and again, as a tradition.

Joseba Tapia adds the following, from his own experience: With other instruments, musical theory is learned and then applied to the instrument, but with the trikitixa, the musical praxis is first carried out with the instrument and, when this meets up with the theory, they often clash. It is another way of understanding the same music.

Regarding the social function, it should not be forgotten, apart from their relationship with the people, the way of life of the trikitilaris.

In Beltran’s opinion, it also had an economic and social function, given that the trikitilaris have been semi-professionals. There have been many trikitilaris linked to country inns, cider-houses and taverns, as the possibility of dancing attracted many. The trikitixa became part of rural culture, the open-air feasts, while in the city, it was the chromatic accordion which dominated. It has always been present in everyday folk culture (not,on the other hand, at special celebrations). The people have kept it alive, willing to pay to go to the festivals, as they did not receive economic aid in any way.

Urraza, moreover, reminds us that it has had a liberating influence: “Just like any new current, it brought with it a break with the past. The trikitilaris played the instrument until they got married; once married, to continue playing was not regarded as the right thing to do. In an age of religious fundamentalism and heavy ideological repression, the trikitixa fulfilled a liberating role in the rural environment of the day. It undoubtedly achieved a greater level of freedom when country people took time out for pleasure. It was a progressive element and the phenomenon opposed the social and religious taboos of the time.”

Urbeltz also has something to say in this respect: “Our generation has been witness to the death of rural society. The changes that this has brought about have been tremendous. Here we have a modern instrument but it is widespread in a rural context. The txistularis go the villages and the trikitilaris from farmhouse to farmhouse.

Society has been witness to great changes which have taken place from the past century to today. The trikitixa has changed along with society, and has opened up to new influences, styles and ways of playing.

In Beltran’s opinion, ” that desire of yore to go dancing in the village and town square does not exist in present society. The trikitixa has found new spaces and it is still something in constant flux. Many new trends are being created but, in general, it has preserved its folk or popular touch. Many people still live by the trikitixa (teaching, selling, playing, organising, and so on.)

Urraza, on the other hand, is very critical: “It is an element in musical education. Many of those who show no interest in music as such, learn the trikitixa. It has become widespread at a local level. There have been creators and there are but a few around now, but there are too many who are repetitive.” We can say that the traditional tendency of the trikitixa is part of our cultural heritage. If it does not change, it will not keep going; if it does not keep going, it will die.

The trikitixa has witnessed a great boom in recent years — a large number of schools, many trikitilaris, different styles, professionals, CD’s, even a presence at international level. But, what of the future? How might the trikitixa be kept alive in the future without denying its personality?

Beltran also makes clear the necessity for permanent evolution: “Two conditions have to be met for keeping it alive in the long term: attitude and aptitude. If the attitude is not flexible, adaptive and creative, it cannot advance. If the attitude is the most famous repetition possible of the former, it will not be kept alive. If the attitude is open, adaptable, then it will. To this end, aptitude is, without any fear of contradiction, fundamental”.